We're kicking off our second screening in Berlin with a thrilling selection of not-to-be-missed shorts.
#SerialThrilla: 7 stories, 7 award-winning short films. A journey across crime scenes, blood stains, psychopaths and other cheerful stuff.
As usual we'll be discussing, debating, commenting on the films with their directors and guest speakers.

A great opportunity to check new work, expand your network, make friends and enjoy a night out checking some great talent.
Shorts On Tap is an award-winning London-based short film screening platform for both up&coming and established film-makers to showcase their work, exchange ideas and receive feedback. Shorts On Tap also aims at facilitating the spreading of ideas and awareness on social issues through film. A young company that grew to be one of the most vibrant hubs for London film-makers and film lovers alike in just over 2 years. Now screening regularly at Z-inema Berlin. 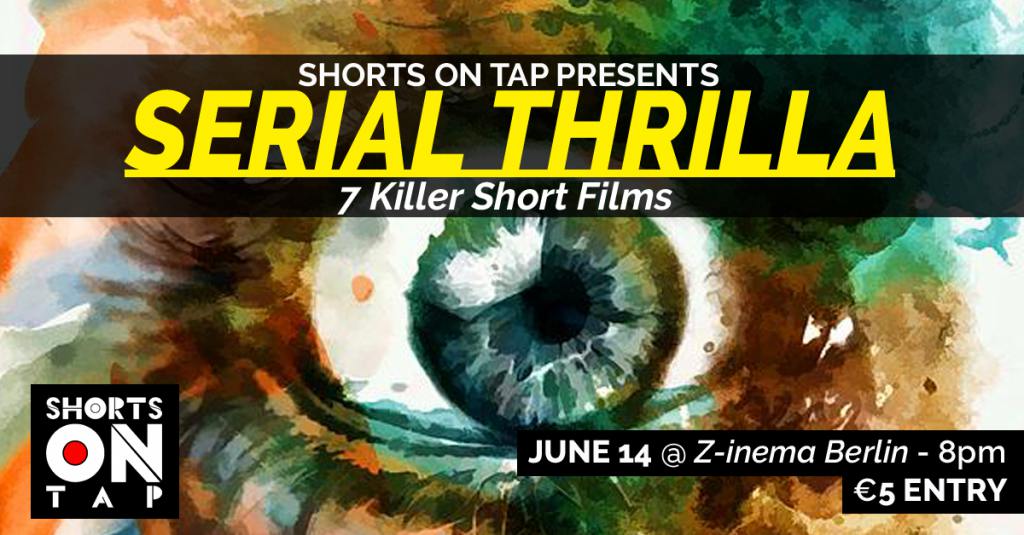