A DROP IN THE OCEAN

Shorts On Tap presents: A DROP IN THE OCEAN - WATER & COMMUNITY A Selection of Short Docs on Wednesday, Feb 21st at 93 Feet East, Brick Lane, London E1 from 7pm.
TICKETS: £4 (online booking), £5 on the door.

A DROP IN THE OCEAN: a dive into an amazing exploration of the most important ELEMENT on Earth.
70% of our planet is covered in water.
The same percentage of water constitues a human body.
A selection of short-format documentaries casting a light on water treatment, exploitation, conservation and the communities depending on it.
Featuring live ACT ONE performances, Q&As and special guests.

"If the oceans die, we die" Paul Watson - Sea Shepherd

FILM PROGRAMME TO BE UNVEILED SOON 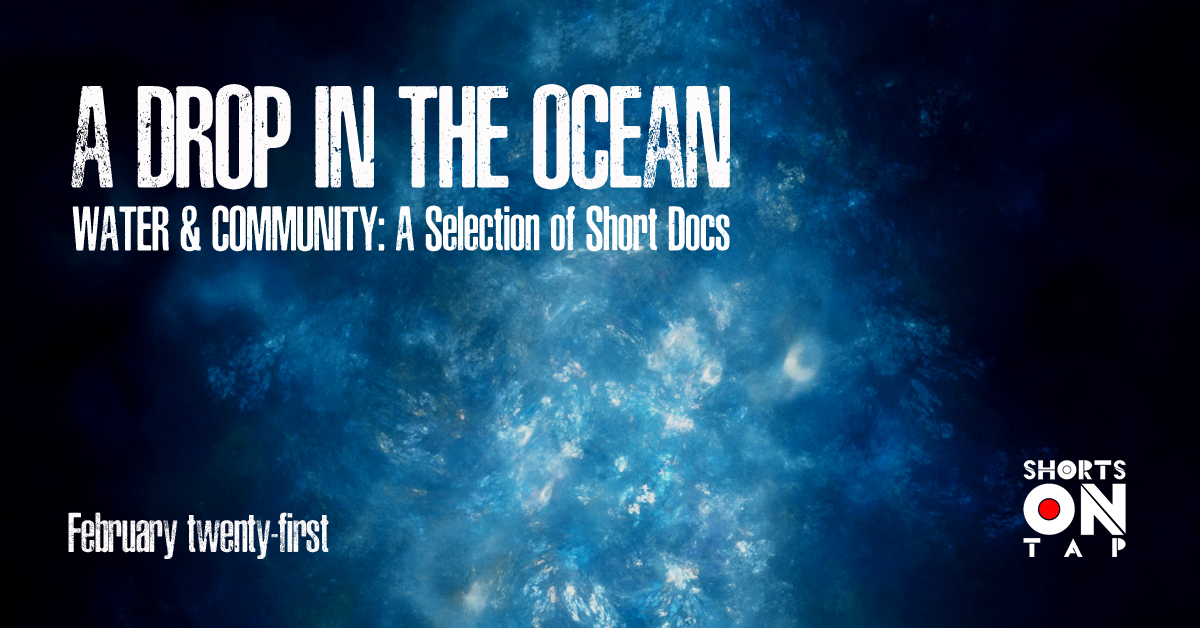