A TOUCH OF NOIR

Shorts On Tap is celebrating its 5th Birthday with a top-notch selection of Neo-noir short films at our favourite movie house in London: Regent Street Cinema.
A Touch of Noir is a shadowy, dimly lit programme of dark stories, mysterious characters and dangerous situations...a tribute to Film Noir.
On the occasion we'll be screening Shorts On Tap's own production, supported by our fantastic community: Rain Catcher.
Come celebrate 5 years of amazing screenings on February 18th!
Screening followed by Q&A with attending filmmakers.

Shorts On Tap is back at the iconic Regent Street Cinema for the third time.
The Regent Street Cinema was first opened in 1848. In late February in 1896, the cinema played a short movie by the Lumière Brothers. It was the first motion picture shown in the United Kingdom. 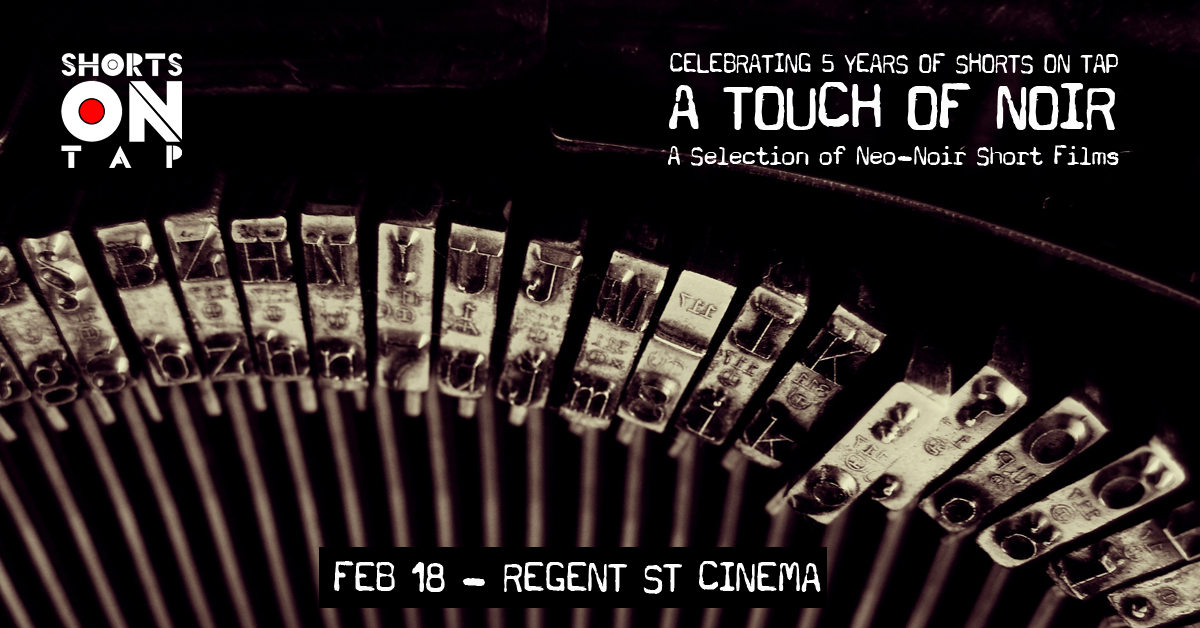