Join us on a journey through comedy in a super hot selection of hilarious, amusing, ridiculously funny short films.
Time to kick the blues away and wear a big smile: a #BarrelOfLaughs awaits you this spring at Shorts On Tap.
Featuring a selection of comedy shorts, Q&A with the filmmakers.

Shorts On Tap is the largest short film community in London.
Now screening regularly at Z-inema Berlin, our new home in Germany.

Doors open at 8pm, screenings start at 8:30pm
The cinema is situated at the back of the bar.
Seats are first come first serve. 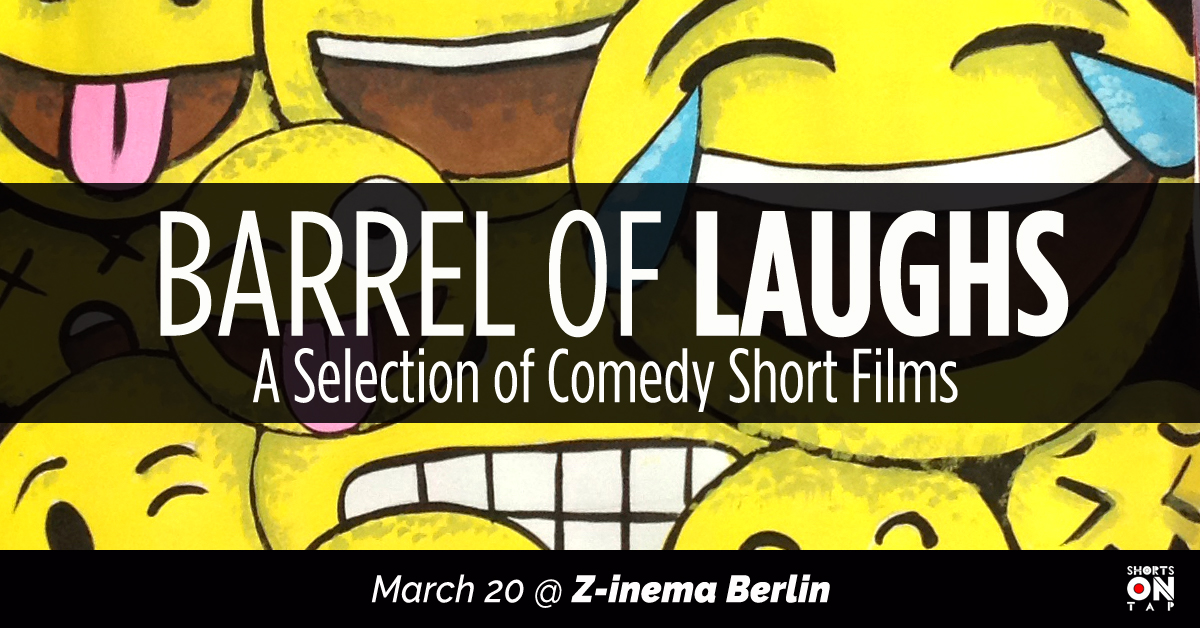