Join us on a journey through comedy in a super hot selection of hilarious, amusing, ridiculously funny short films.
Time to kick the blues away and wear a big smile: a #BarrelOfLaughs awaits you this summer at Shorts On Tap.
Featuring a selection of comedy shorts, Q&A with the filmmakers and live stand-up comedy performance.

Don't miss the ACT ONE live performance before the screening: award-winning comedian Kelly Convey is back to Shorts On Tap with a super hot, brand new stand up.
ACT ONE, a new space for live entertainment in London, is Shorts On Tap's platform for actors, musicians and poets to perform before a live audience of filmmakers & film lovers.
www.shortsontap.com/act-one 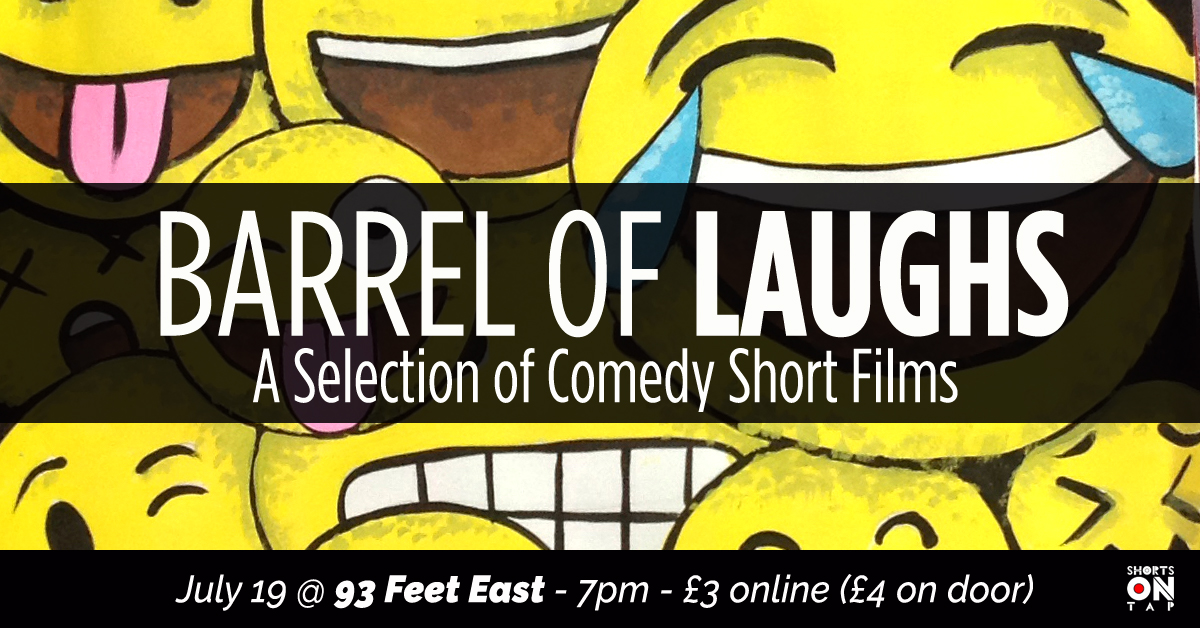