We're absolutely delighted to be presenting a selection of British and Japanese short films across two screenings in London and Tokyo: latitude and longitude will meet again in the name of filmmaking on September 7th at Cafe 1001, London AND September 8th at Good Heavens, Tokyo.

Discussing, debating, commenting on the films with their directors and guests speakers.
Also featuring a special #ActOne live performance.
A great opportunity to check new work, expand your network, make friends and enjoy a night out checking some great films.

Doors open at 7pm for a pint & networking session.
Film screenings start at 8pm
Show ends approximately at 10.30pm
The screening room is located at the back of the venue.

We're looking for new works for our future screenings in London, Berlin and Tokyo.
Submit your short films and documentaries here: www.shortsontap.com/submit 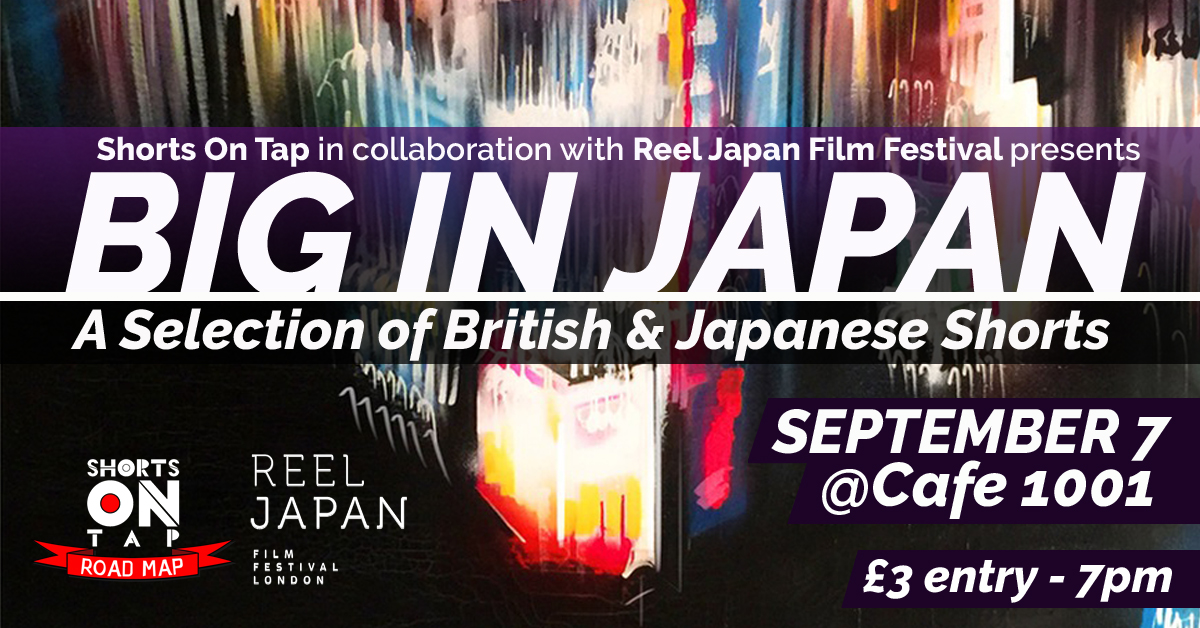