Colorama, Shorts On Tap's very own celebration of animated short film is back!
Join us on a carnival of colour in motion, a journey through animation in a variety of styles, genres and techniques.
Get ready for a kaleidoscopic programme featuring the best animated short film production from all over the world.

The event will be featuring screenings, Q&As with attending filmmakers, networking sessions from 6:30pm to 11pm this April 30th at Rich Mix (The Stage).
Let's celebrate #ShortFilm together in the heart of Shoreditch this spring, see you all at Colorama!

Shorts On Tap's been London's ambassador for short filmmaking for the past 8 years. One of the fastest-growing short film communities in town, we also screen our shorts in Berlin, Tokyo and Venice. www.shortsontap.com

Doors open at 6:30pm for a pint&networking session.
Films screening start at 7pm
Show ends approximately at 11pm
The screening room ('The Stage') is situated on ground floor at Rich Mix. 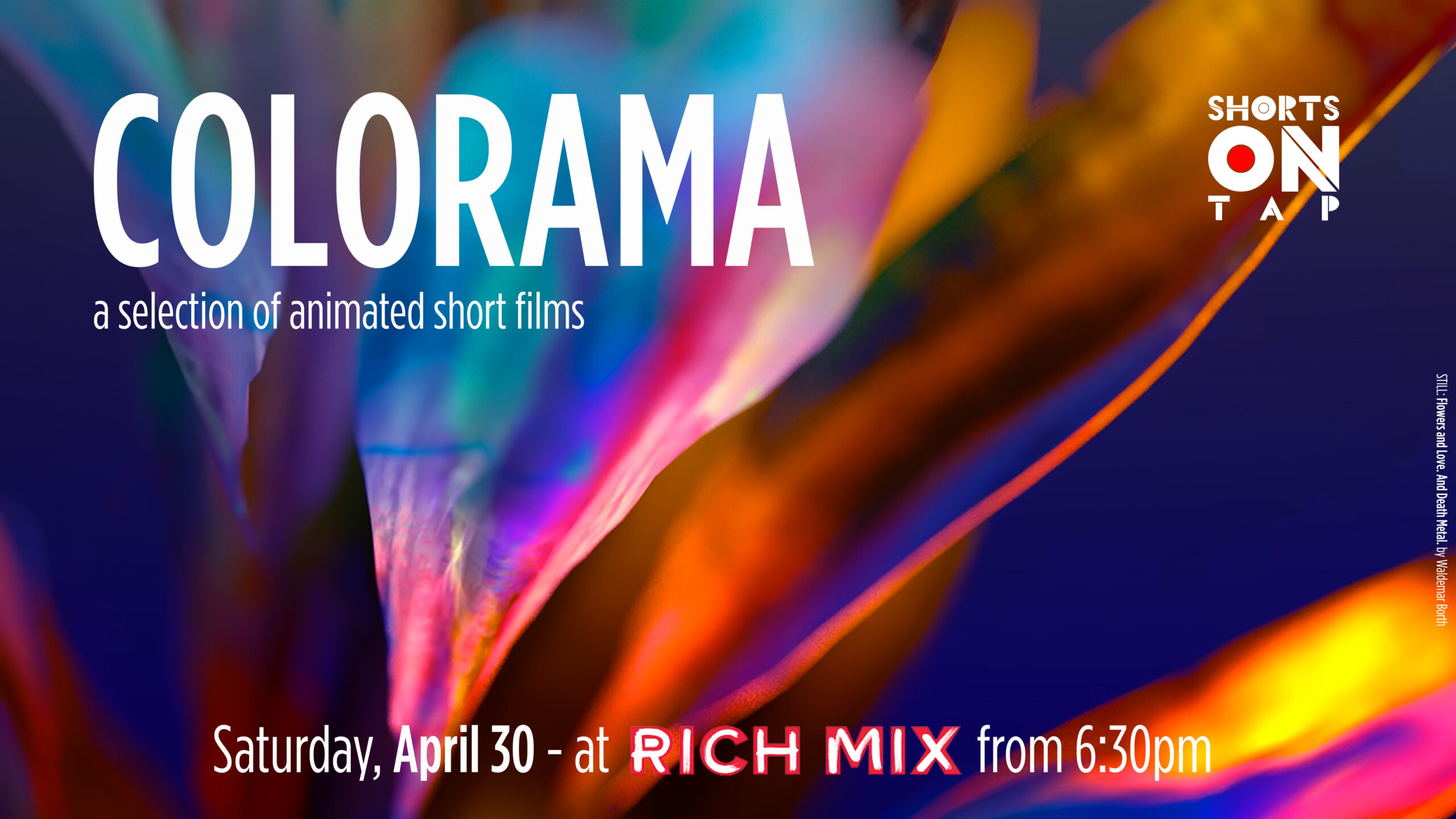