#RealityCheck: A journey through documentary-making.
Featuring the best works from the contemporary UK and international independent short doc scene followed by Q&As with the filmmakers.

- LAND OF STEEL (02:00") UK, 2018 by Chris Thomas
The Port Talbot steelworks have suffered many setbacks, closures and job losses in recent years, greatly effecting the local economy and community. We follow John (70) a retired worker and lifelong resident of Port Talbot as he runs familiar paths, contemplating the shadows of uncertainty as the future of Welsh steel hangs in a precarious balance.

- AUSTERITY BRITAIN: GRENFELL (09:00") UK, 2017 by Ryan Chapman
Austerity Britain: Grenfell explores the ways in which the 'culture of cuts' played a part in one of the most horrific accidents in recent history, the Grenfell fire.

- MY MARTIAN DAD (15:00) UK, 2017 by Amy Jean Carlsson
"My Martian Dad" is an exploratory rockumentary with a personal twist. Twelve years after the death of her father, filmmaker Amy Jean Carlsson investigates his turbulent past as the frontman of Martian Dance, a forgotten band of London’s post-punk era.

- THAT WAS NEW YORK (05:35") USA, 2017 by Bek Markas & Michael Miceli
Bek Markas a kid born and raised in New York City goes on a search to speak with his favorite characters who were once just like us trying to make it in this town when 'New York was New York'.

- CYPHER AND LION (28:00") Iran, 2017 by Sarvnaz Alambeigi
Islam’s prohibition against idols adversely effected sculpture and kept this Iranian art in the dark for 13 centuries.
The glorious age of sculpture in Iran ended with the Arab dominance.
During this long era the only sculptor to be mentioned was Farhad the Mountain Carver and even he is buried under a halo of legends.

- CLOSE SHAVE (09:09") USA, 2017 by John D. Freyer
Close Shave unpacks the intimacy and vulnerability of a straight blade barber shop shave and the complicated relationships of service, friendship and privilege.

- THE DOLLHOUSE (07:32") USA, 2017 by Kyra Gardner
A filmmaker who grew up with the Chucky doll seeks out the other families surrounding the franchise to get their perspective on life with Chucky.

- FIGHTING FOR THE WILD: THE COCHAHUASI ANIMAL SANCTUARY (11:00") Peru, 2017 by Desislava Kadra
Animal trafficking is the fourth biggest illegal industry in the world, generating up to $20 billion a year.
Here in the outskirts of Cuzco, a Peruvian family’s sanctuary believe that by educating the public, this cruel circle can end. Told through the journeys of the sanctuary's own rescued animals, we confront some hard truths about our own responsibilities to this illegal trade and witness the depths people would go to in exploiting the system.

Shorts On Tap is the fastest-growing short film community in London.
Join the tribe on June 6th.

Doors open at 7pm for a pint&networking session.
Films screening start at 8pm
Q&As from 10pm
Show ends approximately at 11.00pm
The screening room is situated at the back of the venue.
Seats on first-come-first-serve basis 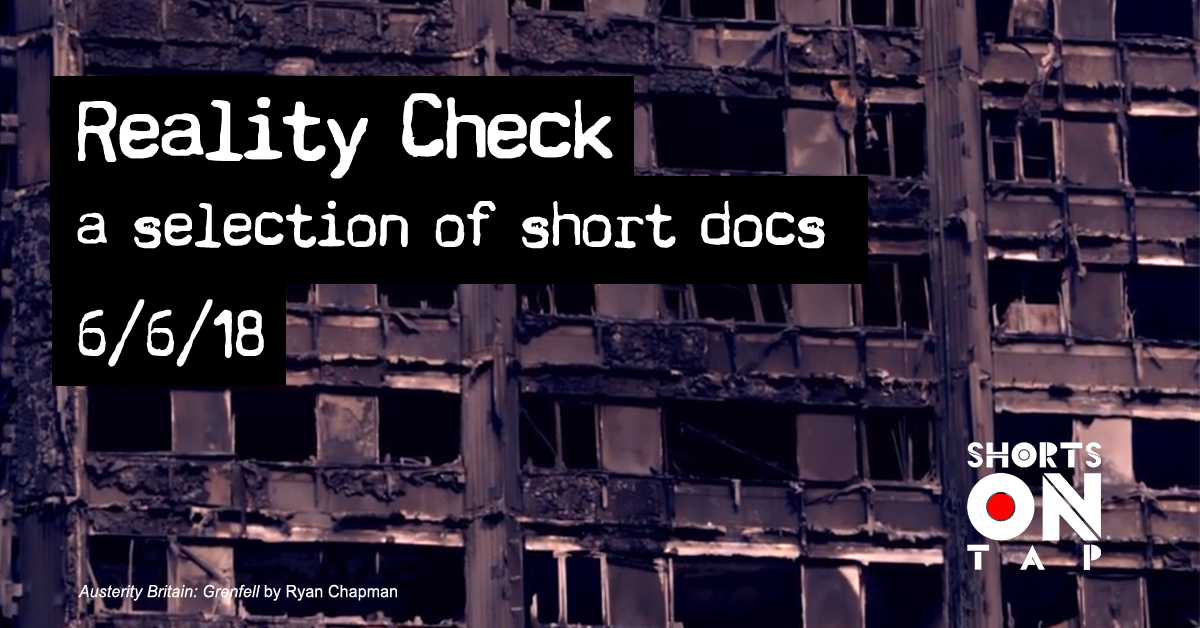