TALES OF THE SILK ROAD LEBANON

Join Bagri Foundation and Shorts On Tap on a visually compelling exploration of Lebanese filmmaking this February 25th. 'Tales of the Silk Road' is a new cross-art series of events which started in Autumn 2018 and will continue throughout 2019. Presented across multiple venues in London, the events will focus not only on the short films and documentaries of a specific Middle Eastern country, but also on its culture, art and traditions.

The events will be held quarterly in the most vibrant, culturally diverse areas of London: Shoreditch and the West End. The countries featured in the series are Turkey, Syria, Jordan and Lebanon.
The second Chapter of the series is an extraordinary programme of works exploring, depicting, deciphering Lebanon through the eyes of its filmmaking talent.
Event featuring Q&As with attending filmmakers and live performances.

In a peaceful village in the mountains of Lebanon, Fadel makes a living from crafting canes for the elderly villagers. After a client places an order, he heads to the forest and finds the perfect branch on an isolated oak tree. However, it is not yet ready to cut so he marks it with a scarf and decides to return later. After a few weeks, he returns to discover that the oak tree has been turned into a religious shrine for the villagers. Intrigued and confused, Fadel remains determined to cut the branch and deliver the cane to his client. Will he get his branch or will the villagers stand in his way?

Under the imminent threat of Lebanon's garbage crisis, Hala, a wild child, is the only one to refuse evacuation, clinging to whatever remains of home. As family and friends give up hope and leave, Hala remains attached to the memories of the town as it once was.

Desperate to escape Lebanon and settle in Europe, Lillo buys himself a Syrian passport and prepares to appropriate the Syrian identity. What he's not ready for is everything that comes with being a Syrian refugee.

Four teenage girls find their friendship put to the test while suspended high above Beirut on a Ferris wheel. As secrets are revealed and tensions rise, this claustrophobic drama culminates in an unexpected confession.

Lara has always lived in the shadow of her mother. That is, until the morning of one lifechanging decision that Lara knows, must be made alone.

Said is doing his first night of duty as a security guard under the bridge in the middle of Beirut. With only a walkie-talkie and a torch, he is trying to take his job seriously. At sunrise, the city will have crushed him.

In Lebanon, a country where the LGBTQ community still faces extreme discrimination, a scene is emerging that celebrates the identity, flamboyance and passion of its queer community. It’s voguing, a dance style created in New York City in the 80s to create a safe space for LGBTQ people. We meet dancer Hoedy Saad in Beirut to discover how, in the face of adversity, he's building a vogue scene in the Middle East to fight for freedom.

Featuring a live performance by Juliana Yazbeck and her band.

Bagri Foundation is a UK registered charity, inspired by creative, unique and unexpected ideas that weave the traditional and the contemporary of Asian culture. The Foundation is driven by curiosity, a desire to learn and supports myriad of exciting artistic programmes that challenge, engage and inspire. Through a diverse programme of film, visual arts, music, dance, literature, courses and lectures, Bagri Foundation gives artists and experts from across Asia, or those inspired by the continent, wider visibility on the global stage.
www.bagrifoundation.org

Shorts On Tap is London's leading short film community. For the past 5 years they have screened hundreds of short films and documentaries at sold-out events across the capital, becoming the place-to-be for London's independent filmmakers. Shorts On Tap is also active with regular events in Berlin and Tokyo.
www.shortsontap.com

Join the tribe on February 25th. 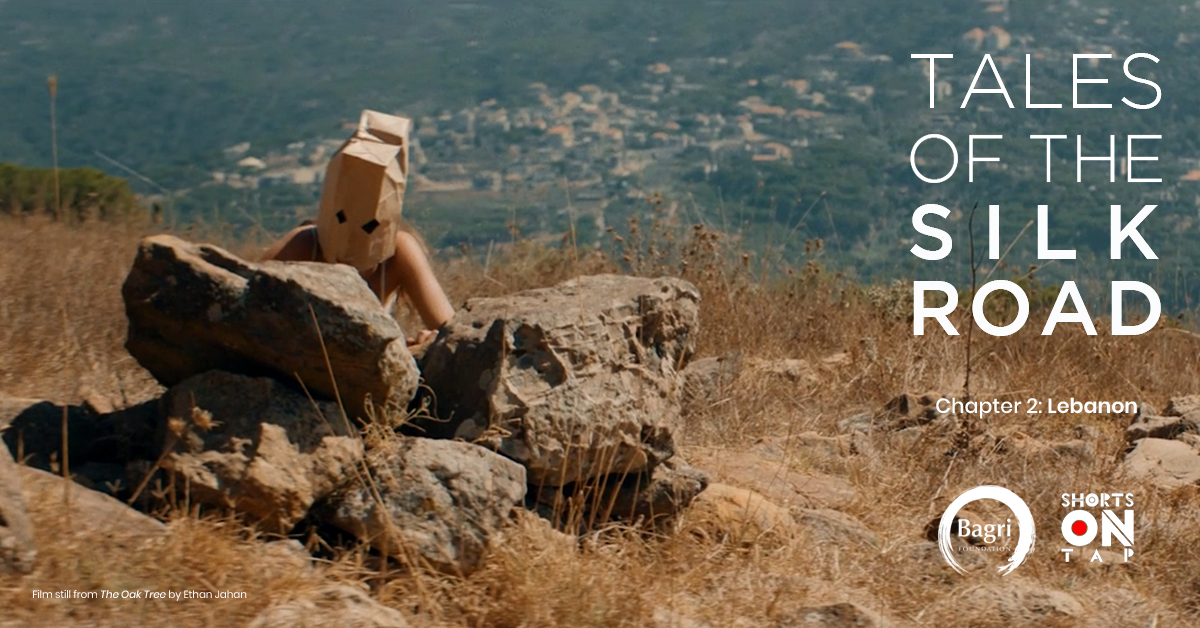