Shorts On Tap and Raindance Film Festival present: THE BIG SMOKE - A Selection of London Short Films on Wednesday, May 3rd at 93 Feet East, Brick Lane, London E1 from 7pm.
TICKETS: £3 (online booking), £4 on the door.

Join Shorts On Tap and Raindance on their first collaborative event: an amazing selection of short films and docs MADE IN LONDON.
The Big Smoke: part of Shorts On Tap's ROAD MAP, a series of screening focusing on local culture, each time exploring a different country, region or city of the world.

We want to pay a tribute to the most diverse city in the world, our city, with an extraordinary selection of works exploring, depicting, deciphering London and Londoners.
For the occasion we're joining forces with one of the most prestigious independent film festivals in the world: RAINDANCE.

Don't miss the ACT ONE live performance before the screening.
ACT ONE is Shorts On Tap's platform for actors, musicians and poets to perform live before an audience of filmmakers & film lovers.
A new space for live entertainment in London. www.shortsontap.com/actone

Shorts On Tap is London's fastest growing short film showcase, join the tribe on May 3. 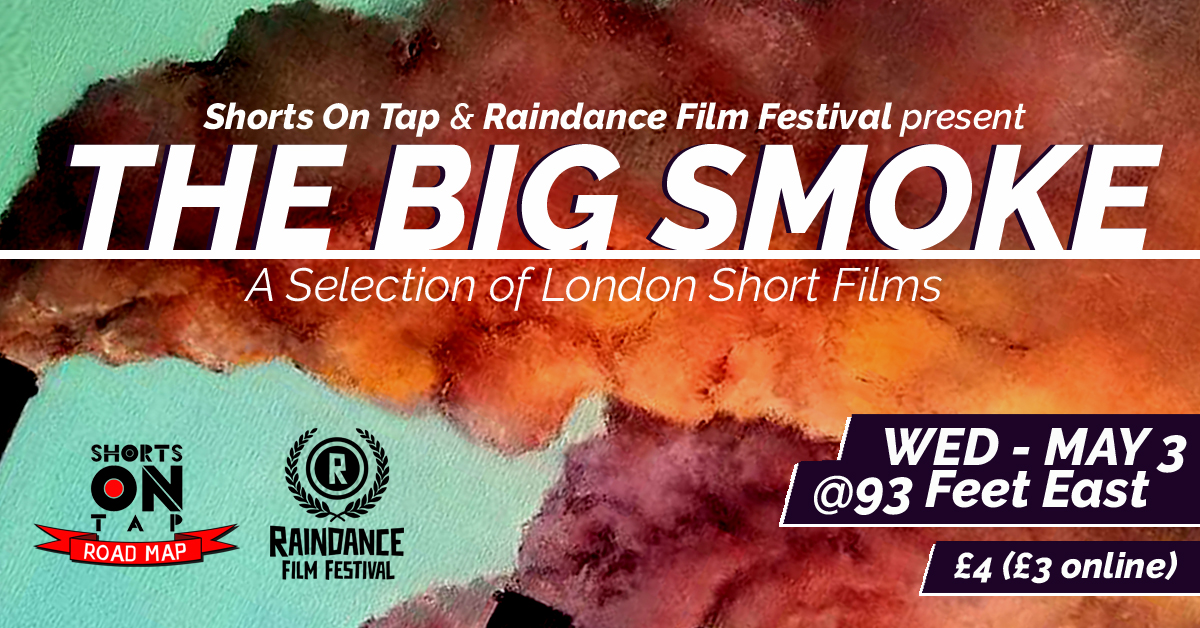