Join this year's Shorts On Tap Halloween special with a bunch of zombie friends!
Get out of your coffin and come down to Regent Street Cinema this October 30th for an outstanding selection of Horror shorts!
Take part in a FREE PROSTETIC MAKEUP session whilst sipping on a glass of blood-red wine.
Bring your axe, chainsaw and wear your favourite vampire attire.. it's a fancy dress screening!

Shorts On Tap is back at the iconic Regent Street Cinema for the second time this year.
The Regent Street Cinema was first opened in 1848. In late February in 1896, the cinema played a short movie by the Lumière Brothers. It was the first motion picture shown in the United Kingdom.

#ToHellAndBack: a selection of horror shorts, Q&A with the filmmakers, live performances.

ALL YOU CAN CARRY (11:03") USA, 2018
directed by Andrew Rose, written by Andrew Rose & Alejandro Stepenberg, produced by Noelle Alemán 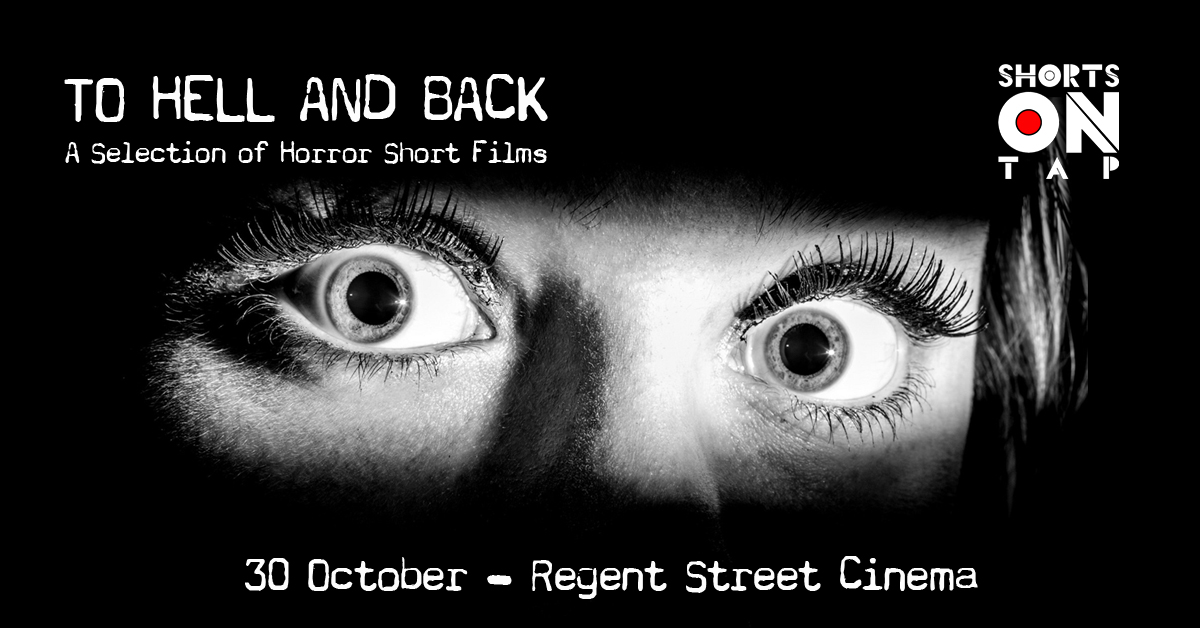