Just one month after the inauguration of President Tangerine Trumpet into the White House, Women In Revolt will partner with the female force-to-be-reckoned-with that is BOSSY Forum to bring you a selection of female-directed films and performances. The theme? Boss Women.

What does it take for a female to dominate their field of work? Can traditionally female trade-marked personality traits such as empathy, nurturing and sensitivity be valued at the top of businesses, or are they perpetually seen as weaknesses? Can we ever reclaim the word 'bossy' and dash preconceptions about cold, children-less, bitch women that choose their careers over their families? Why did Hilary lose to a proud misogynist?

Featuring a panel of VERY SPECIAL BOSS WOMEN as well as a bunch of the filmmakers to discuss all of the above in a post-film discussion. And as always, the programme will be preceded by special #ActOne performances curated by our partners, BOSSY.

Women In Revolt is programmed by Girls On Film: a female writers collective dedicated to revolting against inequality through art. Their vision for Women In Revolt is a cross-art, all-inclusive space where platforms can be given to forcibly silenced voices, ideas can be shared, and freedom from structural oppression be realised.

We are hysterically happy to partner with BOSSY Forum: an initiative to create a space for women in the arts. A forum where women can support and learn from each other as well as find collaborations and work together. 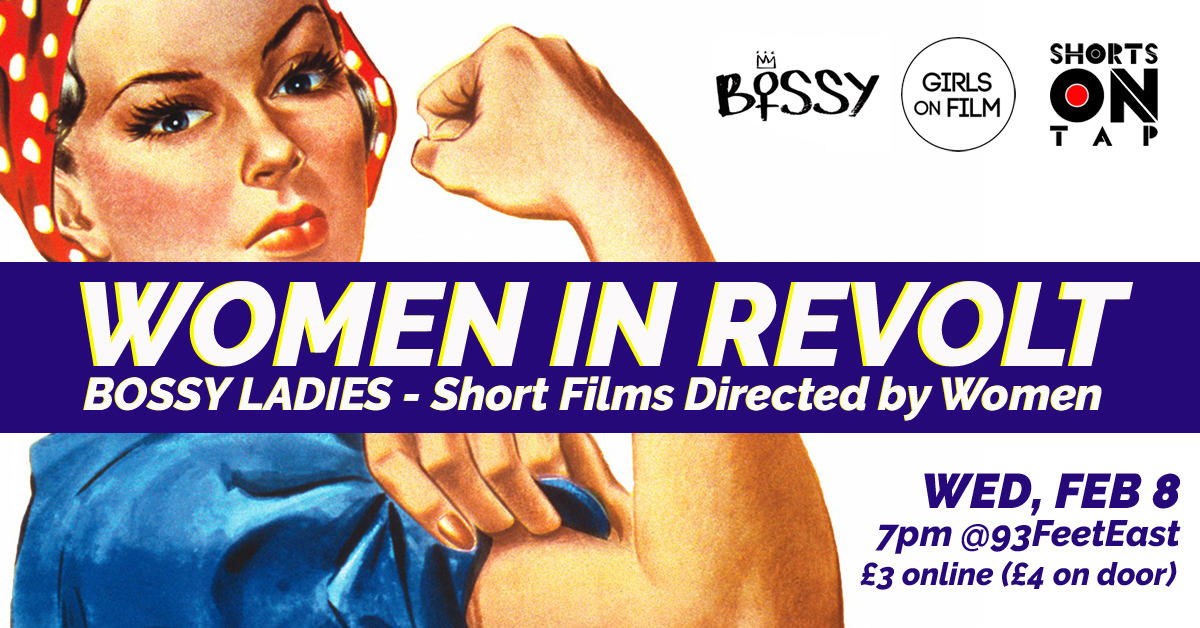