Shorts On Tap in collaboration with CinemaItalia UK presents: WOMEN IN REVOLT - DAUGHTERHOOD - A SELECTION OF SHORTS DIRECTED BY WOMEN on Women's International Day, Thursday 8 March, 2018 at The Regent Street Cinema, London W1B 2HW from 8:45pm.

Shorts On Tap's award-winning series Women in Revolt is back with a brand new season focusing on works directed and produced by Women.
Join us on the launch of the new series on International Women's Day 2018.

Daughterhood: the first chapter of our exploration of female film-making.
A selection of extraordinary works depicting, describing and challenging the very essence of daughterhood in 5 top-notch shorts from all over the world.

Women in Revolt, winner of the 2015 Film London's Boost Award: a fund aimed at reaching wider and more diverse audiences across the capital, is back with a brand new team of curators.
Come and meet our programmers on March 8th at Regent Cinema. 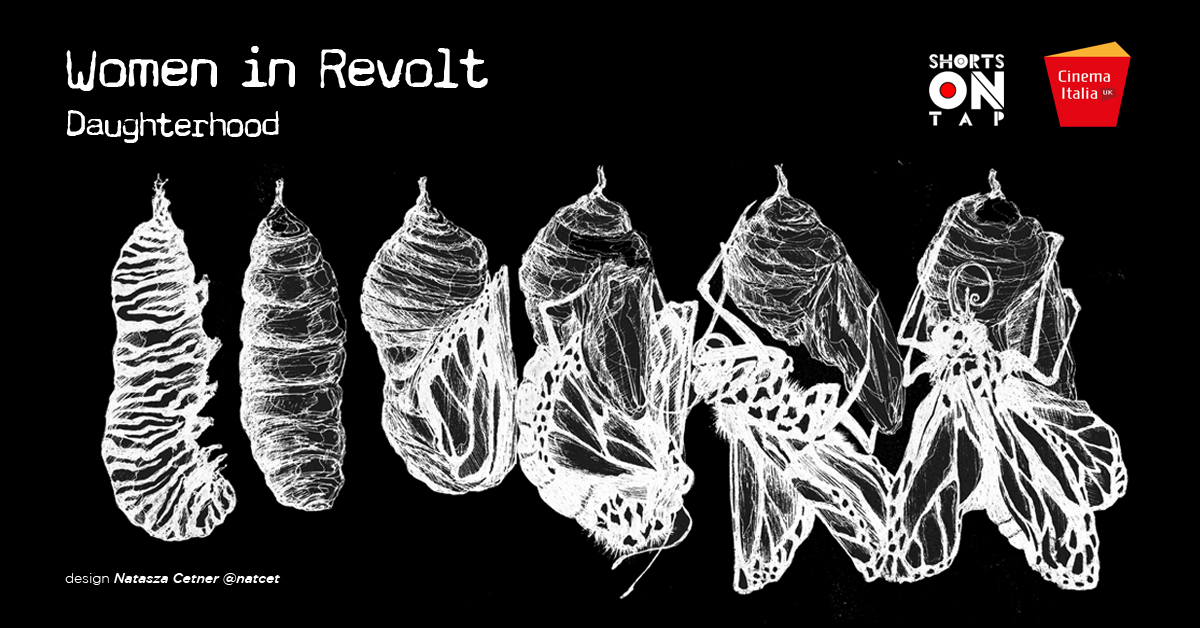