WOMEN IN REVOLT THE GREATER FREEDOM

Ahead of the release of her debut non-fiction book The Greater Freedom: Life as a Middle Eastern Woman Outside the Stereotypes (published worldwide autumn 2019), Alya Mooro has worked with Shorts On Tap to curate a line-up of emotive and thought-provoking short films by women from the Middle East.

Tackling themes such as femininity, coming of age, familial and cultural pressures, strength and immigration, this programme aims to provide a glimpse into a nuanced reality that is often stereotyped and misrepresented; exploring, depicting and deciphering the many realities of life as a Middle Eastern woman through the lens of its female filmmaking talent.

Event features Q&A’s with Alya and attending filmmakers, as well as an exclusive short reading from The Greater Freedom.

[FILM PROGRAMME TO BE RELEASED SOON]

Event curated by Alya Mooro and Shorts On Tap

Alya Mooro is an Egyptian born, London raised freelance journalist. She holds a BA in Sociology and Psychology and a Masters in Journalism. She has been published in The Telegraph, Grazia, Refinery29, The Washington Post and more, providing unique takes on social commentary, fashion and lifestyle. Alya has collaborated with brands the likes of Nike, ASOS and Absolut and guested on numerous national radio stations including BBC Radio 4 Woman’s Hour, BBC Radio 1 and BBC 1Xtra. She is a representative voice for both her generation, and for multi-cultural women everywhere. Her first book The Greater Freedom: Life as a Middle Eastern Woman Outside the Stereotypes, is out autumn 2019 (Little a; Amazon Publishing).

Shorts On Tap is London's leading short film community. For the past 5 years they have screened hundreds of short films and documentaries at sold-out events across the capital, becoming the place-to-be for London's independent filmmakers. Shorts On Tap is also active with regular events in Berlin and Tokyo. 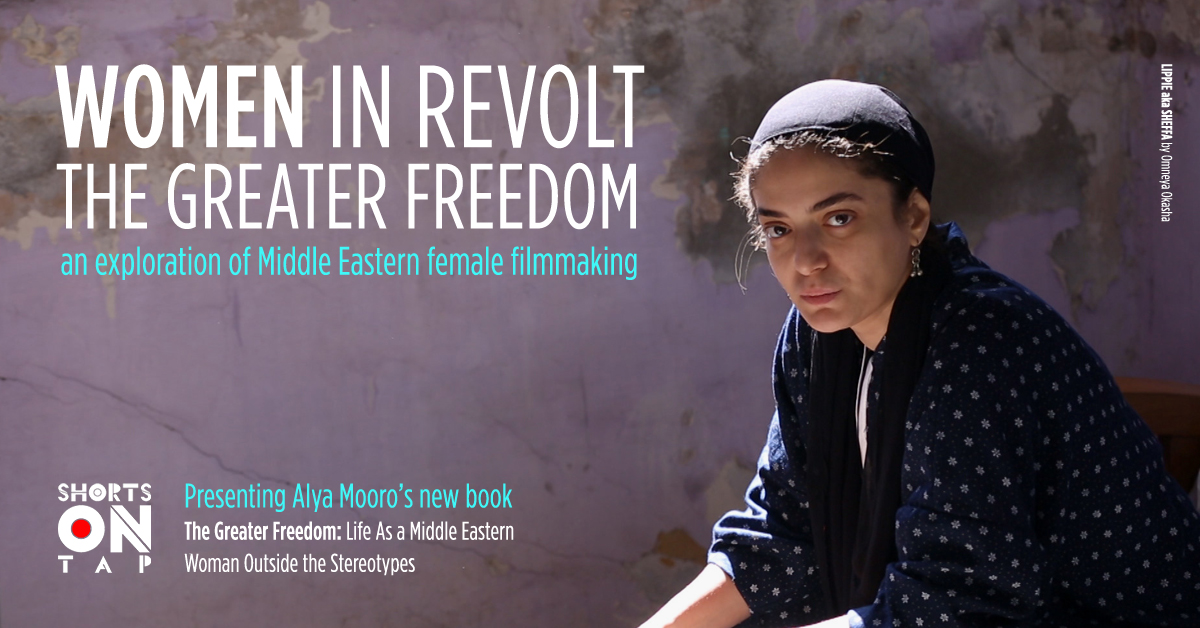