A Selection of Short Films and Theatrical Performances

An incredible journey through the absurd, grotesque, and ever-changing nature of the human condition, travelling through a selection of majestic short films and theatrical performances.

This year Shorts On Tap's platform for live performances, 'ACT ONE' is expanding to new, uncharted territories.

We're proud to be presenting the highly acclaimed, highly anticipated KAFKA FREAKS: a performance drama act by Nikolas Vagion, for the first time in the UK.
Three heroes trapped in a circus cage, denounce the whole system and resist the conditions that have been forced upon them, defying the fear of mental, social and political abuse, by means of personal journeys and histories, with strength, sarcasm and pride. Self-knowledge is the passport to catharsis and personal freedom.

Based on three Kafka's novels - Report to an Academy, The Hunger Artist & Metamorphosis.
Adapted, directed & performed by Nikolas Vagion

'Dangerous creatures that knit for a living. Bicycle-enthusiasts. A long lost twin brother who may or may not be a goldfish. More knitting. A possessed Policeman. More knitting. A Bee-Beard Competition. And a little bit more knitting. Oh, and Techno music.
How weird do things have to get before the Abnormal just isn't abnormal anymore?
A motley selection of characters do their damndest to suck you into their world of Unlogic. Hold onto your sanity.
A collection of short scenes based on a selection from Annie Jenkins' '1000 Plays', including material written by Annie Jenkins, Don't Be Absurd, and some imaginative 11-year-olds.

Directed by Kesia Guillery, devised & performed by Don't Be Absurd. 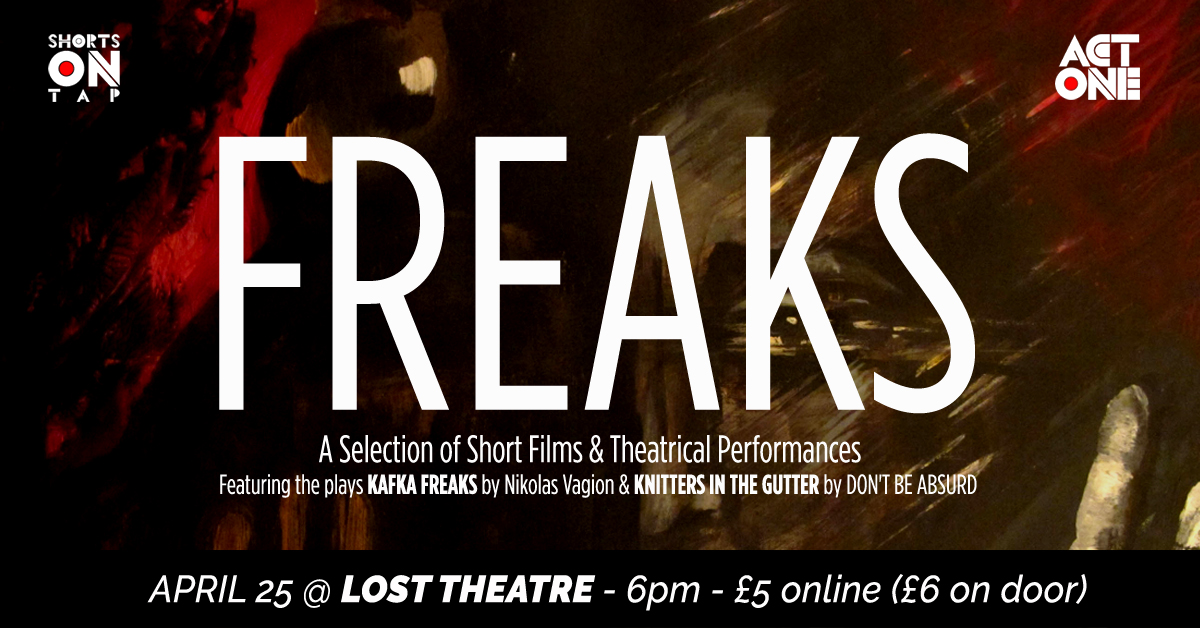