Heart of Darkness: a selection of nocturnal, noir, quintessentially dark short films.
Join Shorts On Tap on a night of screenings and PRODUCTION: we'll be FILMING a scene of our upcoming short film RAIN CATCHER during the event. Rain Catcher is a 15-minute neo-noir film, starring Dudley O'Shaughnessy, produced by Shorts On Tap & sister production house Yellow Pill.
Be part of Shorts On Tap's first full production on June 5th.
The scene filmed during Heart of Darkness will be the final of our first chunk of production, so let's celebrate together at 93 Feet East with cast & crew.
By RSVPing, you agree in being filmed during our event.

Featuring a selection of shorts, Q&A with the filmmakers, live performance and FILMING of Rain Catcher

Don't miss the ACT ONE live performance before the screening.
ACT ONE, a new space for live entertainment in London, is Shorts On Tap's platform for actors, musicians and poets to perform before a live audience of filmmakers & film lovers.
www.shortsontap.com/act-one 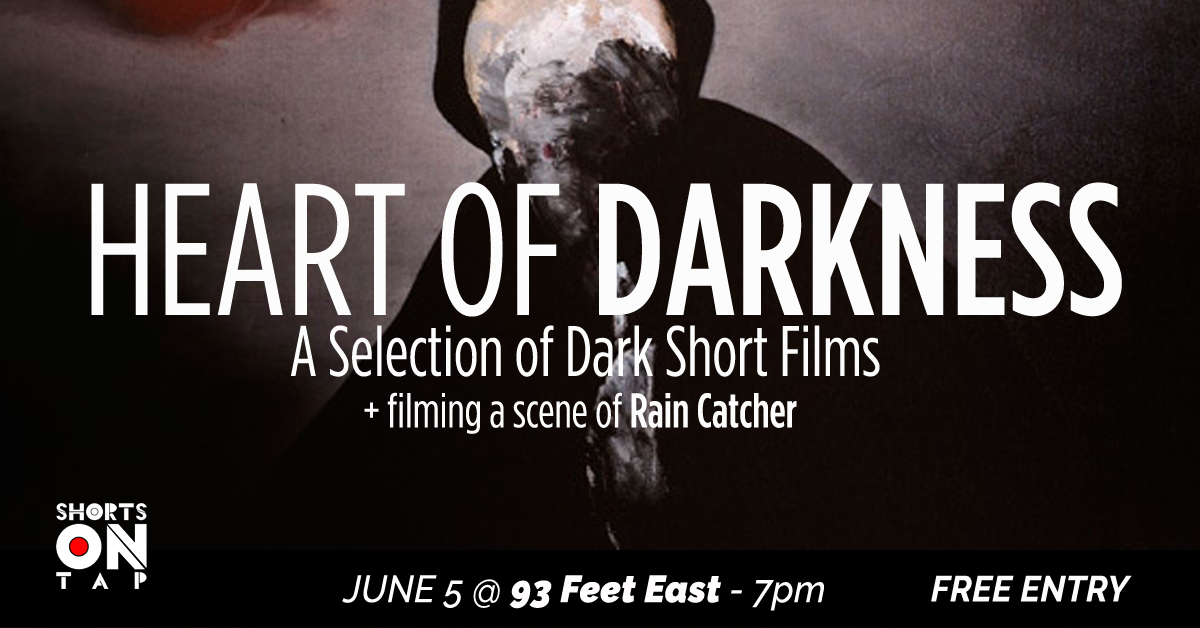