WOMEN IN REVOLT ALL ABOUT MY MOTHER

Women in Revolt, Shorts On Tap's award-winning series focusing on female filmmaking, is coming back this September with a spectacular selection of films directed & produced by women.
Featuring a special #ActOne spoken-word performance prior to the screening.

#AllAboutMyMother: An exploration of female film-making, a selection of extraordinary works depicting, describing and challenging the very essence of Motherhood. 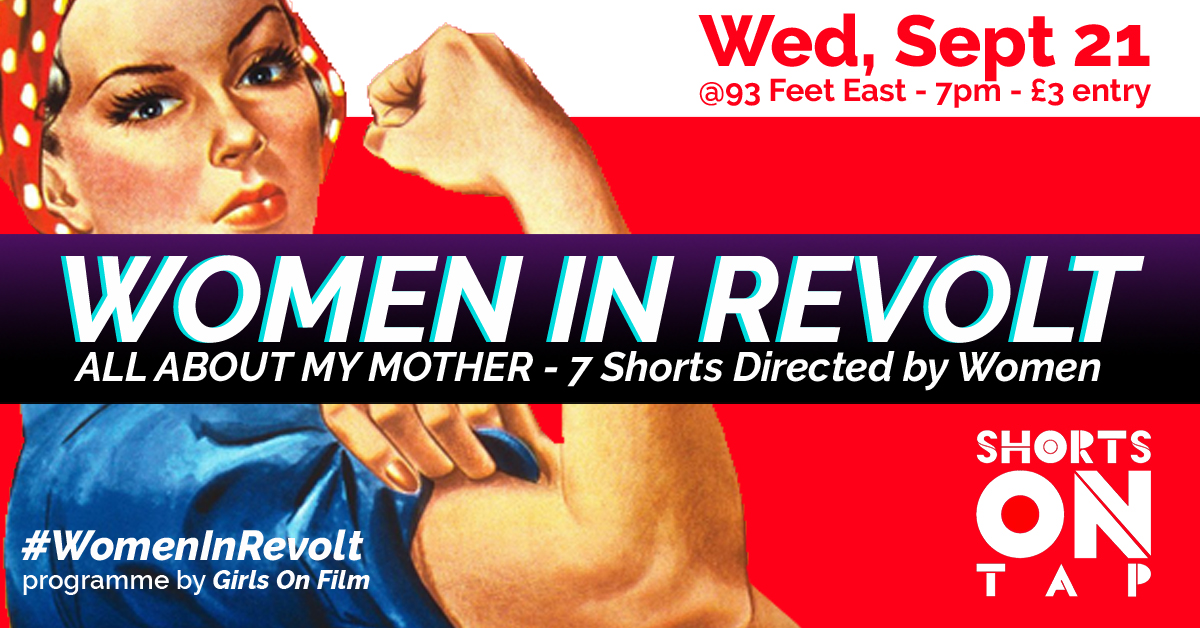